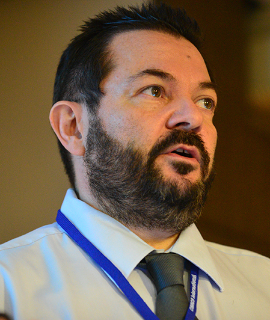 Title : The role of edible insects in global food sustainability

Global population is still on the rise and access to natural resources such as clean water and safe food will be a huge challenge for the decade to come. Therefore, the diversification of food sources could answer such dilemma and upscaling the edible insect industry could bring opportunities, while food safety standards and consumers’ expectations would need to be addressed.

More than 2,100 insect species are considered as edible with less fat and similar protein contents compared to beef meat. Between 2018 and 2023 it is expected that the global market for edible insect would grow from 405 million US$ to 1.18 billion US$/year.

Coleoptera and Lepidoptera representing circa 50% of those edible insects so far. An average locust swarm can have from 40 to 80 billion individuals representing 80 to 160 million kilos of insects able to feed over 40 million people for one day.

Such new potential food and feeds (raw or cooked insects, processed insect feeds such as insect-based flour) and the possibility to rear such insect colonies under up-scale and manufacturing settings would generate much needed extra food for our growing global population and could also be considered for animal feeds as well. Like any new food product, it will need to satisfy food legislators about not only the nutritional value but also the lack of risks (pathogens, toxins or other hazards). More importantly, the acceptance by a worldwide consumer base will decide the success or failure of such emerging industry.