Integration of plant species indigenous to the deserts of the UAE into public urban greenery of the Gulf Region: Evaluation of the potential to save irrigation water and improve soil properties 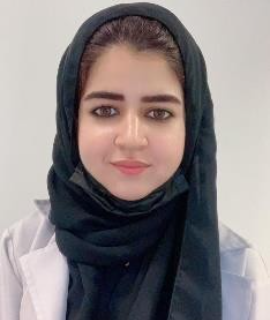 Title : Integration of plant species indigenous to the deserts of the UAE into public urban greenery of the Gulf Region: Evaluation of the potential to save irrigation water and improve soil properties

Public urban greenery is an important determinant of the residential and touristic value of cities located in the deserts of the Gulf Region. So far, public parks and urban roadside plantations in the United Arab Emirates (UAE) comprise mainly of plant species that are exotic to the Region and require 2000 – 2500 mm annual irrigation water supply to cover evapotranspiration. Strategies proposed to preserve scarce groundwater resources involve the replacement of exotic landscaping plant species by native ones, as well as the use of treated sewage effluent (TSE) for irrigation. To quantify their water saving potential, a large-scale field experiment was conducted in the city of Al Ain, UAE, involving eight indigenous and four exotic plant species cultivated under four different levels of supply with TSE for one year. The results indicate that indigenous species, i.e., Convolvulus virgatus, Senna italica, Tephrosia apollinea, Calligonum comosum and Atriplex halimus required 60 - 80 % less irrigation water compared with exotic species to maintain maximum biomass production and a high ornamental value. These indigenous shrubs also retained much higher amounts of litter on the ground surface beneath them compared with exotic shrubs and the indigenous trees Tamarix nilotica and Moringa peregrina. High litter accumulation was positively correlated with the organic matter content of the soil around the plants after one year of cultivation. All indigenous plants were able to grow under various levels of TSE supply, requiring no additional input of nutritional elements for optimal growth.
The results of the study not only confirm that the replacement of exotic by indigenous landscaping species can save considerable amounts of water spent on irrigation of public greenery in the UAE, but also suggest that indigenous shrubs have a high potential to improve the organic matter content and possibly water and nutrient holding capacity of sandy desert soils over time.

Ms. Ayesha Alam is young scientist focusing on Food and Water security around the world especially in MENA region. Previously serving as Manager Publications and Communication in Military University in Pakistan, now working in academia as research Associate and Ph.D. scholar in United Arab Emirates University with proven track record of highest GPA in the batch, representing university in Expo 2020 Dubai, winner of wet skills water challenge, Netherlands and represented her research in Ministry of Climate change and Environment UAE and acknowledged. She is going to be the young Ph.D. scholar to graduate in total duration of 3 years.