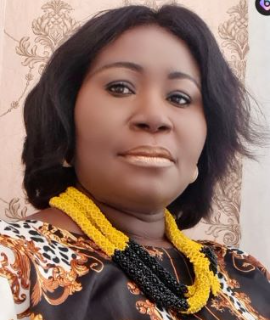 This paper assesses fish consumption behavior and perception of fish food security of low-income households using three-season survey data from 839 interviews in Ghana. The study profiles the types of fish consumed and employs a modified Cobb-Douglas function to examine the determinants of household expenditure on fish consumption, whilst adopting a 1-5 Likert scale to analyze the perception of fish food security. The results confirm that poor households prefer cheaper and small pelagic fish. The mean expenditure on fish consumption per week is estimated to be GHS 31.2 (Euros 4.9 @ 0.16). Additionally, it is demonstrated that marital status, religion, occupation, proximity to local markets, and city of residence have positive and significant influence, whilst the level of income and the interaction of religion and seasonality of fish demonstrate a negative and significant influence on fish expenditure. Finally, the paper reveals that the majority of households have the perception that fish is readily available and can be obtained throughout the year in good quality. However, households have varied opinions on the accessibility of fish. The paper recommends that the government should support and enhance the value chains of small pelagic fish species since they are preferred by poor households.

Elizabeth Afoley Quaye is a Ghanaian born on the 1st of November 1970. She studied general agriculture at the Kwadaso Agricultural College and came out with a certificate in general agriculture. She continued to The University of Ghana to offer a Diploma in General Agriculture. After obtaining a degree in Agribusiness from The Central University in Ghana, she continued to study again at The University of Ghana where she obtained a Master of Philosophy in Agricultural Administration.

Elizabeth worked for 20years with The Ministry of Food and Agriculture and rose to the rank of a Principal production officer before resigning from the Ministry to enter frontline politics.

She became The Member of Parliament for The Krowor Constituency in the Greater Accra Region of Ghana in 2016 and was subsequently appointed by H.E. President Akufo Addo as Minister for Fisheries and Aquaculture from 2017 to 2020.