Effect of Agri-mat and Grass Mulch on Soil Water Regime, Temperature and Crop Yield in Sandy Loam and Loam Soils 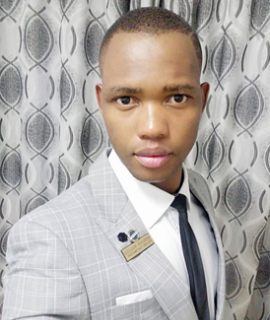 South Africa is a water scarce country that receives an average annual rainfall of 492 mm and is therefore classified as a semi-arid region. Two-season (winter and summer) field experiments were conducted concurrently at two different agro-ecological zones of South Africa for two consecutive years. The aim of the study was to investigate the effects of agri-mats and grass mulch on soil moisture, soil temperature regimes and crop yield of maize (in summer) and spinach (in winter) under semi-arid (Pretoria) and humid (Durban) conditions. Spinach and maize were used as test crops because they are among the most important food crops in South Africa and globally, and they thrive in a wide range of agro-ecological zones with different soil types. The following five mulch treatments were established in each site: i) Full Agri-mat mulch cover (100%AG), ii) Half agri-mat mulch cover (50%AG), iii) Bare (Control), iv) 6 tons.ha-1 of grass mulch (6t.GM), and v) 3 tons.ha-1 grass mulch (3t.GM). Each treatment was replicated three times to make 15 plots per site and both sites were arranged in randomized complete block design. The findings from this study indicates that the soil moisture content and crop biomass yield (both spinach and maize) was higher under 100% agri-mat treatment compared to other mulching treatments followed by 6t.GM in the Pretoria site which had a sandy loam soil. For the Durban site, although soil moisture content was higher under the 6t.GM treatment, the highest crop growth parameters and biomass yield for both spinach and maize was recorded under the 100%AG treatment. In addition, the 100%AG treatment moderated soil temperatures at both sites with higher soil temperatures compared to other mulching treatments during the cold winter season while lower temperatures were observed during the hot summer season compared some mulching treatments. As hypothesized in this study, agri-mats can effectively improve crop yields, conserve soil moisture and moderate soil temperatures in semi-arid and humid agro-ecological zones with different soil types.

Sibongiseni Mgolozeli recently completed his PhD from University of South Africa. His research delved into conservation agriculture with more focus on mulching. He employed a new mulching technology called agri-mat to address the challenges of water and food security in semi-arid and arid regions of Sub-Saharan Africa. He is affiliated with the Agricultural Research Council of South Africa, which is where he conducted his research for his PhD studies. He has published one article and recently submitted various chapters of his PhD to different reputed journals