The Role of Veterinarians from Soil to Table in Food Safety 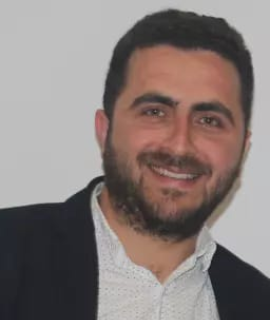 Title : The Role of Veterinarians from Soil to Table in Food Safety

One of the most important occupational groups in the food chain from farm to fork is veterinary medicine. This occupational group, which has important duties in the prevention of many zoonotic diseases and in public health, takes place in many critical control points from soil to our kitchen. It has important duties from mycotoxins transmitted from the soil to slaughterhouses or milk processing facilities. Starting from the soil, which constitutes 70% of mycotoxin contamination, up to the TMR made from raw materials obtained from the soil, there are all critical control points from feeding to slaughterhouse and milk production enterprises. We can take the precaution of mycotoxins such as Aflatoxin B1, Ochratoxin, Zearalenone, Fumonisin, which we encounter in farms, while in the field. It has been reported that aflatoxin B1 is a casenerogen and passes into milk in studies. It is likely that many mycotoxins pose significant threats to public health and will turn out to be even more dangerous over time. Even raw material storage and TMR preparation are very important for public health. The danger of fumonisin accumulating in the liver will be understood over time. Zoonotic diseases are also explained with examples. In this study, how important veterinarians are in terms of public health is explained with examples.
In the two-year mycotoxin screenings, fumonisin mycotoxin was found to be very high in corn and corn by-products, and it was determined that it accumulated in the liver for a long time and remained cornic in animals. It has been determined that mycotoxins are present in all livestock feeds, poultry feeds and raw materials, not alone, but in double-triple form. Starting from the end, mycotoxin scans should be carried out from feed to raw materials and from raw materials to soil. In this way, we prevent the transmission of mycotoxins to animals and from animals to humans. Liver protectors such as toxin binders, beta glucan, mannanoligosaccharides, activated carbon, prebiotics, silymarin were used in certain proportions in the total mixed ration and positive results were obtained. Humidity and temperature controls of raw material silos were made at certain intervals. Necropsy was performed on animals that died as a result of mycotoxicosis and macroscopic photographs were taken of the organs. We have determined that the mycotoxin screening in experimental animals and the feeds made without detecting the presence and amount of bacterial factors affect the results of the project to be made. For this, a series of precautionary plans have been created, starting from the production processes.

My Veterinarian, Korkutelim Yem Gýda San. Trade Inc. I am working as a Business Manager. At the same time, Tarsim A.Þ. I am working as an Animal Life Insurance Adjuster. I work on nutrition and diseases of farm animals, experimental animals, poultry. I am also working on new generation feed additives from herbal extracts. Many of my international research and articles have been accepted and published in journals. I have articles and researches in many journals.