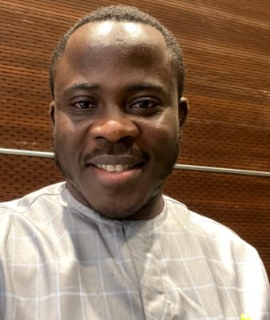 This study focused on weight gain and mortality rates of broiler birds feed with neem, ginger and garlic additives. The study adopted experimental research design. The study was carried out in the at the departmental school farm of the Department of Agricultural Education, University of Nigeria, Nsukka, Enugu state. The study was guided by two (2) research questions. A structure observation schedule was used to collected and record data for the study. The instrument was face-validated by three experts at the Department of Agricultural Education, University of Nigeria, Nsukka. The study has a population of fifty (50) day-old chicks. A total of twenty (20) day-old broiler chicks were randomly selected as the sample for the study. The sample was divided into four groups made up of one control (C0) and three experimental (T1, T2 and T3) groups. The feeds for the birds in the experimental groups were supplemented with a mixture of neem leaf (T1), ginger (T2) and garlic (T3) powders as feed addictive at 50g/1kg of feed. Weekly observations were recorded for live weight gain and death rate of broilers, for up to nine weeks. The initial and final mean body weight of the birds in the four groups were recorded and compared across groups. Data was analyzed using mean, percentages, and frequency count. Research question one was answered using mean while research question two was analyzed using simple percentage and frequency count. Findings of the study revealed that the inclusion of feed additives from extracts of bioactive plants such as neem, ginger and garlic at 50g/1kg of feed resulted in improved weight gain of broiler birds. Findings also revealed that the inclusion of bioactive plants such as neem and garlic as feed additives in broiler production could lower the death rate to as much as 20% (1 out of 5 birds). Findings further revealed that the use of neem leave powder as feed additive in broiler production is more effective for both weight gain and controlling mortality than ginger and garlic. The study concludes that the addition of extracts of bioactive plants in animal production, particularly birds, influence weight gain and mortality rate to a significant extent, especially the usage of neem leave powder. The study recommends the inclusion of bioactive plants as components of feed formulation. Finally, the study recommends that the curriculum of Animal Husbandry/Sciences and Agricultural Sciences should be updated to include the teaching and learning of bioactive plants and the usage of extracts of bioactive plants in animal production.

Ikehi Michael holds a PhD in agricultural education from the University of Nigeria, Nsukka since 2018. He is an academic staff of the same institution. His research interests include animal production, alternative animal medicine agricultural data, climate change, and vocational agriculture. He has published over 40 research articles and books in both local and international journals.